It's a well known fact that swimming in a sea has great benefits on the health and there are a couple of reasons for that. The first and most obvious is the aerobic physical activity , where you can train your heart and condition without any major pressure on your joints, which suffer in other sport activities. While maintaining certain limites as necessary, it is suitable for all ages. 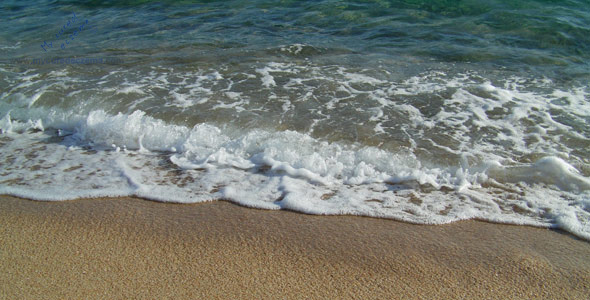 The second one would be exercising of the cardiovascular system and immunity also by the change in temperature. The situation is normally like this: you simply lie at the beach, then you really feel a need to get cold down, so you go swimming, and then back on the sun. Your blood vessels strech and contract, which makes them more flexible when done on regular basis.

The third advantage of the sea is the positive effect on the skin, in which you are problably interested the most right now. I know some people who take vacations every summer for 2 or even 4 weeks somwhere close to the sea, because they think that this relatively low period (comparing it to the whole year) will allow their skin to stay almost without eczema or with only a few instances throughout the rest of the year. Anyway, I think it's more-less just some kind of a placebo effect and they don't have a chronic or severe case of eczema.

During the period I suffered the eczema on my fingers (dyshidrotis or pompholyx), I spent two weeks at the beach and it didn't notice any special help. In my article about apple cider vinegar, I also mention what was the effect it had on my eczema when I once tried it out. With the sea salt water, I would say that it has practically a similar effect, only in a lot smoother way.

What I especially like about the seawater water is that it cleans your skin from some old, dead layers you might have, and then it smoothes out and moisturizes. The following combination of the sun exposure, supposing that you're at the beach, creates the final and unique effect. I don't know if you know that, but there are actually comsmetic saloons that offer sunbaths in a bathtube, while radiating rays typical for solariums. I haven't tried it, nor do I plan to do that, cause as I said, my vacation at the beach didn't make my eczema better.

The sea salt water has a pH levels inside the range of 7.5 to 8.4. Every liter of seawater has approximately 35 grams of dissolved salts. As it crosses the neutral barrier of 7, it has an alkalizing effect, which helps lower acidity and regulate a stable heart beat. It further contains about 80 minerals and a complete world of bacteria and microorganisms that make it a unique medicine.